How about a new smartphone with a great camera for taking pictures while on vacation? Amazon UK is offering discounts on select Honor models, which will help you create memories during the celebrations. There’s also a 12-inch tablet for streaming various shows and a laptop for light gaming (or, you know, work).

When we reviewed the phone earlier this year, we were very happy with the image quality of the 32MP selfie camera. The 4,800mAh battery achieved a 100-hour endurance in our tests and charges quickly: 0-71% in 30 minutes and 0-100% in 50 minutes.

The Honor Magic4 Pro is the company’s current flagship (the Ultimate version isn’t available in the West and doesn’t add much). It’s nearly double the price of the Honor 70, but carries the flagship Snapdragon 8 Gen 1 chipset and updates to a more pixel-dense LTPO (1-120Hz variable refresh rate) display panel (460ppi vs 395ppi). In addition, it has tempered glass and an IP68 degree of protection (the Honor 70 does not have basic protection).

YOU MAY ALSO BE INTERESTED IN:  In early GFXBench tests, the Dimensity 9200 outperformed current mobile GPUs, even the Apple A16

Even better, in addition to the 50MP main and 50MP ultrawide cameras, there’s a 64MP 90mm periscope lens (3.5x magnification) and a 3D ToF sensor. There’s another ToF sensor on the front, as well as a 12MP (100°) ultra-wide-angle selfie camera. The tiny 4,600mAh battery doesn’t last as long as the Honor 70’s battery, with the Magic4 Pro claiming 82 hours. At least charging is fast: 30 minutes with a USB cable (100W) and 40 minutes with a 100W wireless charger.

Honor Earbuds 3 Pro earphones offer high-quality sound that can be reproduced even at high volumes. The 11mm drivers and piezo tweeters deliver powerful bass and clear highs. Honor also emphasizes fit and comfort. Active noise cancellation works well, although the automatic mode sometimes fails. Overall, we were impressed with these buds which cost £170 and now they look even better at £61 off.

Save £61
read our review

Most Android tablets measure between 8 and 10 inches, but if you’re streaming video or viewing documents, bigger is better. The Honor Pad 8 is an affordable 12-inch tablet with a 2000 x 1200 pixel IPS LCD screen. The Snapdragon 680 chipset isn’t particularly powerful, but it’s not a gaming tablet either. You get the Widevine L1 so Netflix and YouTube can stream content in 1080p, and a total of eight speakers deliver great audio. 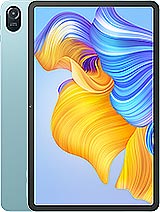 YOU MAY ALSO BE INTERESTED IN:  FakeYou, the secret agent investigates the app to talk like Meloni and Berlusconi

We use cookies to ensure that we give you the best experience on our website. If you continue to use this site we will assume that you are happy with it.OkPrivacy policy